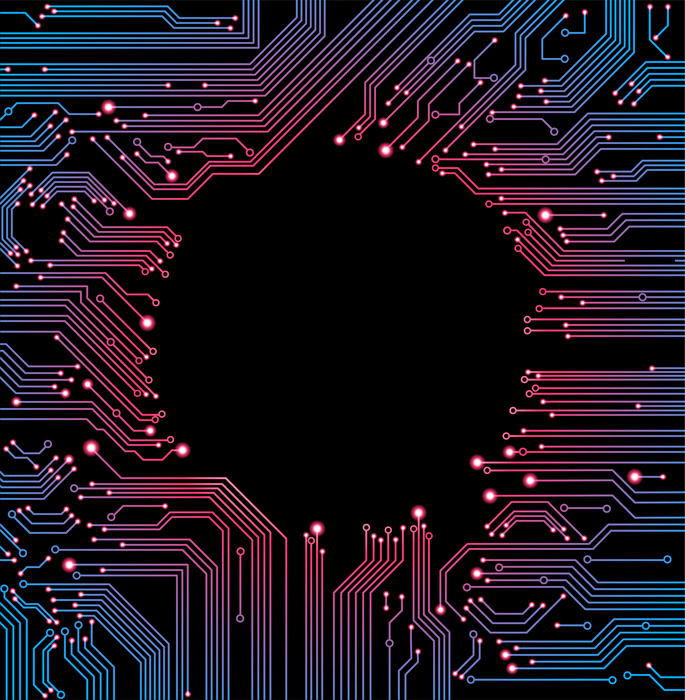 Electronics. The word encompasses much of today’s society. Televisions. Radios. Computers. Tablets. Cell phones. These technology related words signify the use of components that traffic in electricity. How it started is a story.

PCB–the printed circuit board. It represents a crucial element of electronics and technology. The origins of the PCB remember Thomas Edison, the great American inventor. Struggling to find a way to channel electricity between two objects, he started the process of using electricity to create signs on a piece of paper.

Enter Paul Eisler. Eisler, an Austrian engineer, invented the printed circuit for radio in 1936. The tool was then used by the American military in World War II to for proximity fuses. After 1948, the US Military released the technology for commercial use. It took a decade for it to become commonplace in household electronics.

Soon it would become a multi-billion dollar industry.

Today, the printed circuit board is a crucial component of electronic devices–ranging from television sets, computers, laptops, cell phones, radios, displays, digital clocks, and many others. It is based on the simple premise–copper and assorted parts are linked together through electronic pathways. These relations between the parts allow for a complex technological machine to function.

Printed circuit boards are made out of copper. The copper ranges in thickness. Heavy coppers PCBs, for instance, have a copper thickness of more than three ounces in single and double layered PCBs. The PCB is designed through a computer, which is then sent to a machine, which prints the design onto the copper.
Clearly, the rise of technology has placed the PCB in higher demand. Here is an overview on how PCBs are made.

Printed circuit board assembly start with an engineer. A layer of copper is cut and a design is developed based on the technological device it was being used for. Two techniques were developed to aid the providing electricity to the components, one they were laid down: through-hole and surface mount.

With a through-hole method, printed circuit board assembly involved mounting components using leads, which were then soldered onto the other side. This technique was developed in the 1950s and became the most popular method until surface mounting grew more popular in the 1980s.

With a surface mounting method, printed circuit board assembly involved using components with small metal tabs on the top, which was conducive for electricity. This method grew popular due to ease of application–the components could be added on by machine, reducing the need for an assembler and no holes had to be drilled.

PCB manufacturing companies typically use the surface mounting method due to cost effectiveness. But they also take advantage of computer technology to design PCBs, or in some cases, a prototype PCB. Prototype PCB assembly follows the pattern of PCBs full on production, but it’s just a test PCB. The PCB prototype assembly helps companies test their PCB out for effectiveness before making a full line.

PCBs are here to stay, assuming another more effective technology is not developed.